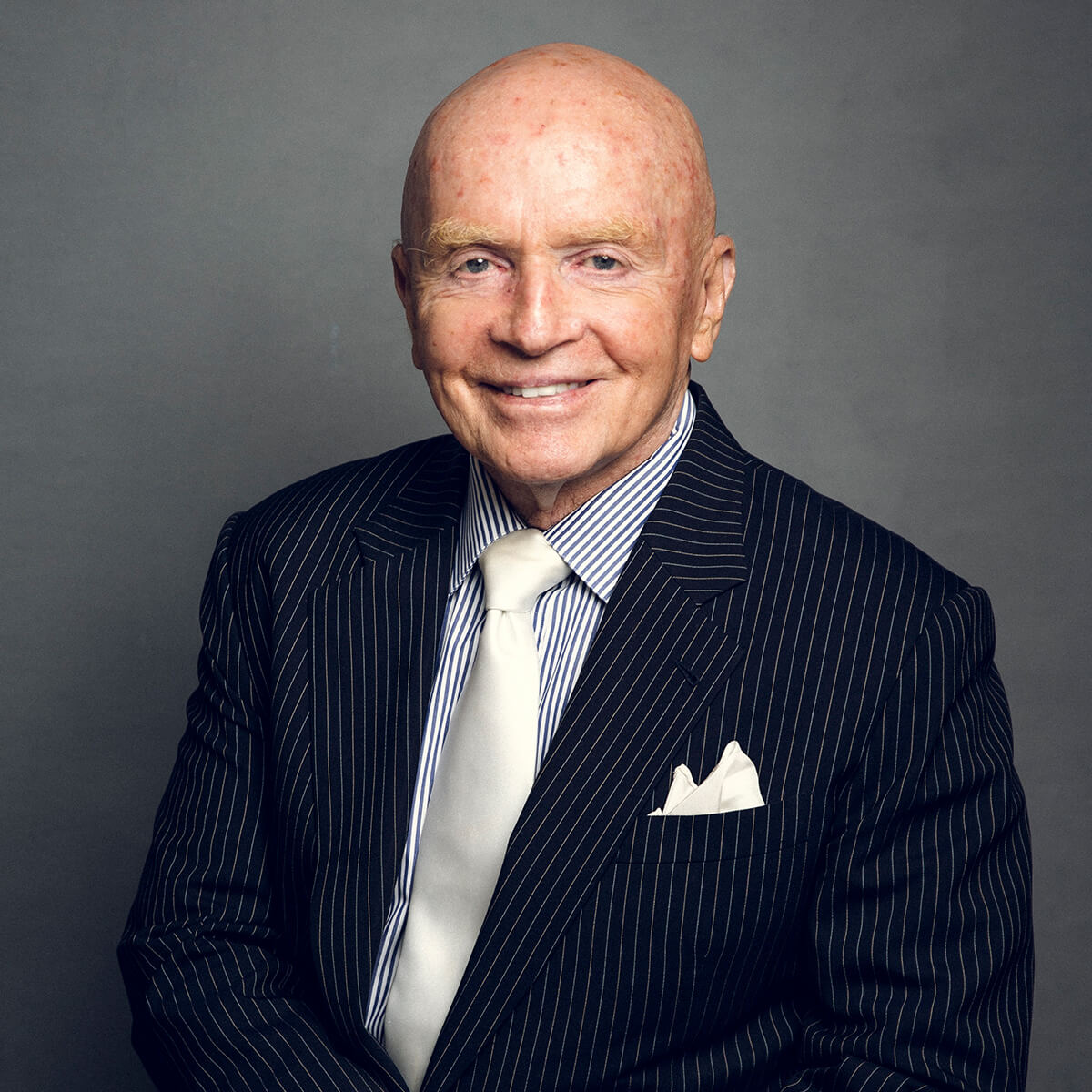 Eponymous founder Dr. Mobius has spent over 40 years working in and travelling throughout emerging and frontier markets. During this time he has been in charge of actively managed funds totalling over $50 billion in assets. Prior to launching Mobius Capital Partners LLP in May 2018, Dr. Mobius was with Franklin Templeton Investments for more than 30 years, most recently as executive chairman of the Templeton Emerging Markets Group. During his tenure, the group expanded assets under management from US$100 million to over US$50,000 million and launched a number of emerging market and frontier funds focusing on Asia, Latin America, Africa and Eastern Europe. In addition to open-end and closed-end mutual funds, he launched a successful series of emerging market private equity funds.

Prior to joining Templeton Dr. Mobius was Chief Executive of International Investment Trust. Dr. Mobius has also been a key figure in developing the international policy for emerging markets. In 1999, he was selected to serve on the World Bank's Global Corporate Governance Forum as a member of the Private Sector Advisory Group and as co-chairman of its Investor Responsibility Task Force. He is a member of the Economic Advisory Board of the International Finance Corporation (IFC) and has been a supervisory board member of OMV Petrom in Romania since 2010.

Previously, he served as a Director on the Board of Lukoil, the Russian oil company. Dr. Mobius' career and influence has earned him numerous industry awards, including most recently the Life Time Achievement Award in Asset Management (2017) Global Investor Magazine; 50 Most Influential People (2011) Bloomberg Markets Magazine; Africa Investor Index Series Awards (2010) African Investor; and the Top 100 Most Powerful and Influential People (2006) Asiamoney. He has authored several books including The Little Book of Emerging Markets (2012); Bonds - An Introduction to the Core Concepts (2012); Passport to Profits (1999/2012); Mobius on Emerging Markets (1996); The Investor's Guide to Emerging Markets (1994). Dr. Mobius received his Ph.D. at the Massachusetts Institute of Technology (MIT) and has studied at Boston University, University of Wisconsin, Syracuse University, Kyoto University and the University of New Mexico. In 2007 he was featured in the comic book: Mark Mobius - An Illustrated Biography. Back in school Mark joined the track and field team as a discus thrower having in mind the elegant discus throwing Greek statue. Unfortunately, as it turned out Mark was not quite as graceful and the disk flew in all directions to the panic of the spectators!